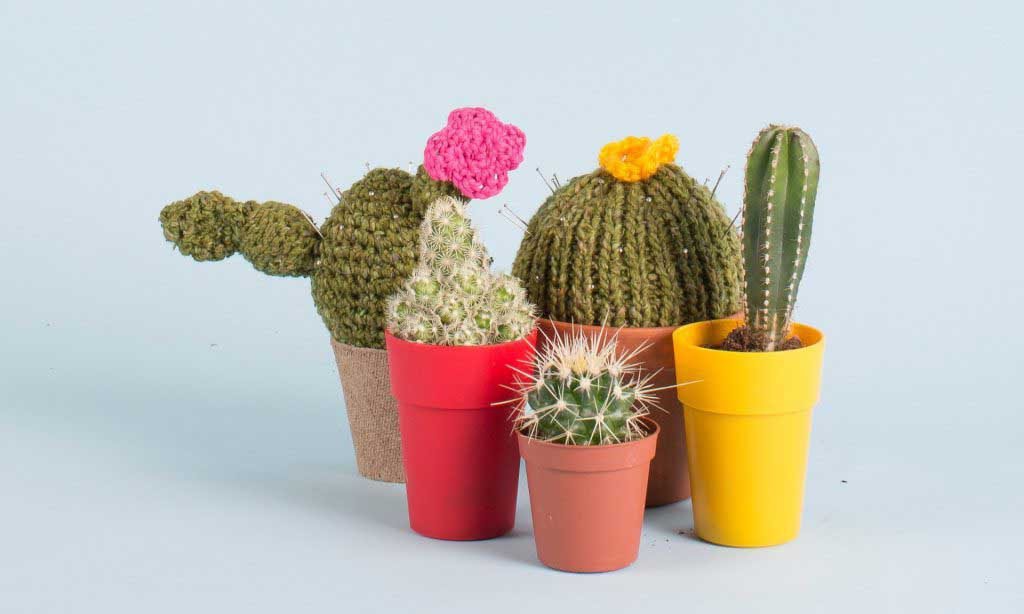 According to the knitting activist Betsy Greer, most people who knit have a realisation that leads them to it – a kind of woolly “Aha” moment. For some, it’s about learning at their grandmother’s knee, but for an increasing number of us it’s an experience in our 20s or 30s (or beyond) when a friend teaches us how to wield a pair of needles and we suddenly realise, “Hey, this is quite easy. And relaxing. And I get a scarf out of it.”

My “Aha” moment was a nasty bout of flu that left me bedbound for weeks. My eyes couldn’t cope with box sets or books, so in desperation I taught myself how to arm knit a throw. (Arm knitting, in case you’re wondering, is literally using your arms to knit, as if your limbs are the needles.) In an afternoon, I’d made a lumpy but satisfyingly chunky blanket, and I was hooked.

More and more people – young and old – are getting involved, joining knitting groups (try the Yarn Cake in Glasgow, Wild and Woolly in Hackney, London, or Close Knit in Manchester), sharing beautiful patterns on knitting site ravelry.com and knitting everything you can think of, from pot plants to stationery.

Even actor Ryan Gosling is passionate on the theme – he told one interviewer he learned from “old ladies” while filming Lars and the Real Girl. “If I had to design my perfect day, that would be it,” he said. “And you get something out of it at the end. You get a nice present. For someone who wants an oddly shaped, off-putting scarf.”

If you want to go beyond an oddly shaped scarf, here’s some inspiration.

Chances are you’ve seen an example of “yarn bombing” or guerrilla knitting over the past few years, whether it’s Knit the City’s “phonebox cosy” in Parliament Square or Wool Against Weapons’seven-mile-long pink scarf, which activists draped between the bomb factories at Aldermaston and Burghfield last year.

“Craft is great for slow, gentle activism,” says Sarah Corbett, founder of the Craftivist Collective in the UK. One of her most recent projects involved embroidering handkerchiefs to present to Marks & Spencer’s board members at their AGM in July to protest about the firm not paying a living wage to staff (shortly after the protest, M&S announced a new policy).

“People were really moved by it and we got to have long conversations with different members of the board, which I don’t think we would have done otherwise,” she says.

Louise Walker learned to knit when she was studying photography at university. “I wanted to do an anti-hunting campaign for an editorial project I was working on and thought I’d use knitting to create props, so I made a bear skin rug, antlers and a fox scarf,” she says.

Before she knew it, she had her own online shop as well as commissions from the likes of clothing retailer Boden. Her first book of “wild knitting” patterns was published last year.

Walker’s designs are fun, but for some awe-inspiring designs, check out the “pelt textiles” of Australian artist Ruth Marshall.

One of her works, Tasmanian Tiger #3, has just featured in the Strange Creatures exhibition at the Grant Museum of Zoology in London.

What could be less cutesy than knitted frog entrails? Science knitting, it turns out, is one of the fastest growing trends in knitting and crochet – try a quick search on Pinterest and you’ll find patterns for woolly vivisections, knitted hearts (the kind with four chambers and aortic valves), crocheted neurons and anatomically correct embroidered versions of the human spine. The Biotechnology and Biosciences Research Council (BBSRC) even ran a Great British Bioscience Knitting competition last year.

Some of the things knitted are cuddly but some, such as Bristol-based artist Elin Thomas’s crocheted mould and lichen, are delicate and beautiful. Thomas was inspired by a touring exhibition of a crocheted coral reef by twin sisters Margaret and Christine Wertheim. “I don’t think there’s a lot of crocheted mould in the world, so my work tends to be quite popular with scientists buying gifts for their colleagues,” she says.

Kate Jenkins painstakingly crochets everyday items with an emphasis on seafood – her crocheted sardines are a thing of beauty. An exhibition of her work is at the Knitting and Stitching show in London, until 11 October, or see her work online. cardigan.ltd.uk

These Norwegian knitting maestros are responsible for the global spread of kitsch knitted Christmas baubles. Catch them today at McAree Brothers in Stirling. Or buy their book 55 Christmas Balls to Knit, £12.99.

Knit your own vulva

I started knitting when I was diagnosed with Hodgkin’s lymphoma in 2005, as a way of keeping myself sane during treatment. I ended up knitting through nearly three years of chemotherapy, radiotherapy and a stem cell transplant.

Once I recovered I wanted to do something to celebrate. I’d spotted a lot of street art, in particular the space invader mosaics by street artist Invader. I decided to try knitted graffiti – a squishy version of normal graffiti that comes off easily. I knitted a little grey mouse holding a placard that said “Down with fat cats” and left it at the Occupy movement in front of St Paul’s Cathedral. I think some people found the Occupy movement too political to join in with. But because they thought my mouse was cute they shared pictures of it, and it went viral. It took me an hour and a half to make, but made a statement for many.

One of my most famous pieces is the knitted phone box in Parliament Square. I made it with the group of graffiti knitters I founded called Knit the City. We took measurements, knitted at home, then installed it one afternoon. I told the police I was doing a craft project. If I’d said street art I’m sure they would have stopped me.

The phone box sums up what my art is about. We see adverts all around us, but people don’t realise they can make art in the streets too. I want to encourage people to express themselves. Your ideas are important and the world is your art gallery.